Visiting Amsterdam soon? Check out all these anime spots in the city! 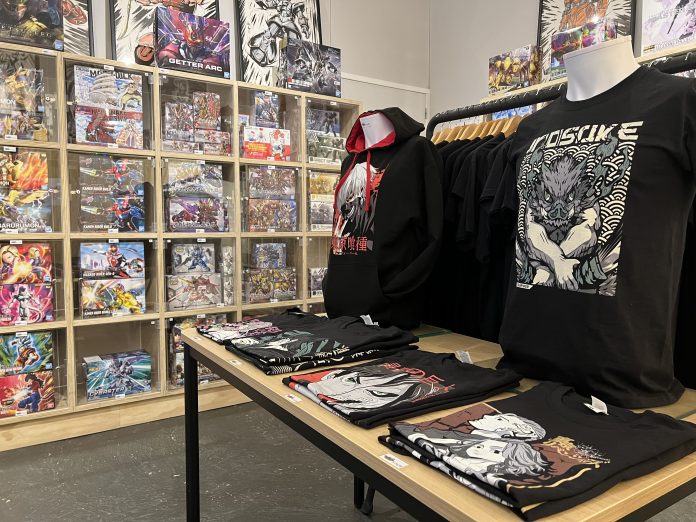 We might finally see the end of this COVID-19 stuff on the horizon, but that can’t stop you from planning a nice trip. Thinking of going to Amsterdam? then check out these 5 Locations In Amsterdam Any Anime Fan Should Visit!

If you are looking to pick up some Japanese foods and drinks this is the place to go. At Atariya Foods you can find anything from special KitKats to Demon Slayer candy to drinks and just so much more. The store is so great, some of the things they have can’t be found anywhere else in the Netherlands.

Game Over might be a store that is quickly overlooked because its in a small alleyway, but in between that alleyway is a legendary store filled with videogame, anime and Kpop greatness. In the Game Over store is so much stuff in such a tiny space, if you are looking for any retro console from EU or Japan you can probably find it there, but most importantly, they got a ton of Anime stuff as well. Most of their stuff is 2nd hand, but they do have new kpop albums.

Henk Comics in the center of Amsterdam is also a cool place to check out, not only do they sell manga, but they also sell a ton of comics, Funko Pops, and other “nerd culture” stuff. Sadly the times I was there the store was completely packed with people and the anime statues were a bit overpriced for my liking. But this still is a fun place to check out and get some manga.

Just like Atariya Foods, this isn’t really anything you can use, other than eating, but in Ramen-Kingdom you can have some amazing Japanese food that you should try when you are in Amsterdam. They do have some gatcha at the entrance so you can try your luck there and hopefully get some anime goodies.

Otaking is one of the coolest places in Amsterdam I’ve been. The store itself is not that big, but they have so many gacha machines and anime figures that there is always something new when you visit the place. Recently they also started selling anime shirts and gunpla. I personally had never heard of gunpla before, but since Otaking has gotten it, I got addicted to getting a few and building the statues when I can. The store is just so great that I regularly DM them on Instagram to keep something in the back for me when I see them post some of their new shipments. This for sure is the place you need to check out when you are in Amsterdam