In the Land of Leadale Episode 1 Review

Another great fantasy isekai with some umaru-chan vibes 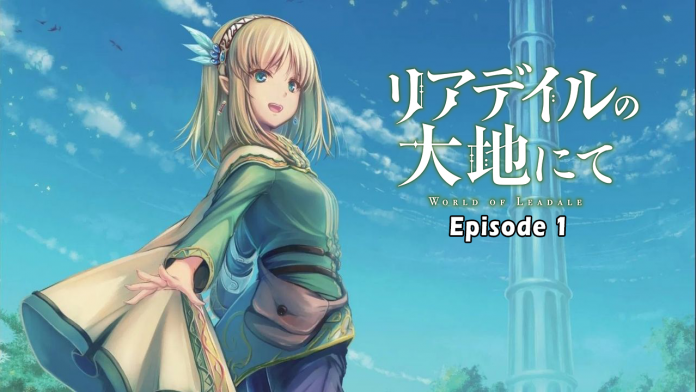 The 1st isekai starting from winter 2022 is In The Land Of Leadale. A comedic fantasy show about a girl that wakes up after being in a coma. Animated by Maho Film. Please enjoy our In the Land of Leadale Episode 1 Review.

After a girl got put on life support after an accident, the power goes out in the hospital and she wakes up 200 years later as her character in the game Leadale, Cayna. Cayna is an elf that does not remember what happened during those 200 years and tries to figure out what’s up and what has changed in those years.

Cayna gives off some Umaru-chan vibes in how she acts when something good happens, like finally eating again or getting praised. This comedic bit is actually really nice and makes the anime pretty lighthearted to watch.

She learns how the world works now and some of the changes that have happened over the 200 missing years. The lady from the inn she stays at helps her fill in some of the gaps, and warns her not to go to the forest because of the “Silver Rings Witch” that roams the woods… but as it turns out, she is the one that is that Witch. Even 200 years later, her legacy is still known, this makes her think there are still some other players in the game.

By the end of the 1st episode, Cayna is put on a quest to go see another tower of an old player in the game to see what happened to it. This seems to be the main point of the anime, and it might be a nice idea to see how the world is while evolving the character more and even introduce new characters.

I think this is going to be one of the better isekai shows this season, the mix of its story and how the main character has these Umaru-chan vibes, i hope its keeping up this comedic part and expanding on it more.

This episode is a perfect hook to get viewers in, it tells a lot about the story already and shows its comedic moments as well so we can expect what's to come. While this episode only focuses on the main character, it does show us some more and teases us with what we can expect next episode.In the Land of Leadale Episode 1 Review