A perfect prequel to a already loved anime 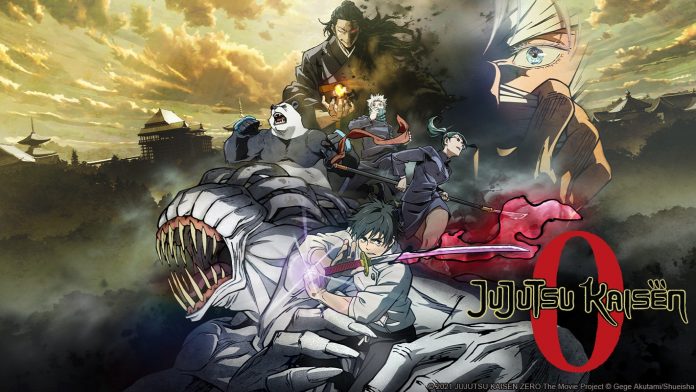 As someone who loves anime movies but doesn’t have a chance to see a lot of them due to them not being released in the Netherlands I just had to jump on the opportunity to check it out in the cinema. This movie will not disappoint and will be a blast to watch even for people that have not seen the anime yet, like me.

The story of Jujitsu Kaisen 0 starts off before the events of the anime, Yuuta Okkotsu gets to the curse school after some “problems” he got into at his old school. This fully closed him off from the outside world but then Satoru Gojou swoops in and teaches him that he can use his Curse for good things when he learns to control it.

Suguru Getou quickly finds out how special Yuuta is and wants him for himself to kill everyone who doesn’t have curse powers. Of course, Yuuta doesn’t want this, and together with his new classmates Panda, Toge Inumaki, and Maki Zenin, he takes on Suguru.

The characters in the movie are just so funny and it just gets you off guard at random times in some hilarious ways, especially Panda. Panda was probably my favorite character in the movie, not only was he just super funny, he was cute, badass and at his final battle he went Super Saiyan and it was nothing but epic.

The visuals are just an amazing spectacle to look at, especially near the end of the story when all hell breaks loose and powers start running rampant. It’s bright and colorful while at the same time being really dark, especially for some of the monstrous curse monsters they will need to defeat.

Want to read some more reviews? Then check out this page!

Jujutsu Kaisen 0 is probably one of the best anime movies to have come out recently. It has a great story as an independent movie that doesn't need any prior knowledge to enjoy this movie to the fullest.Jujutsu Kaisen 0 review