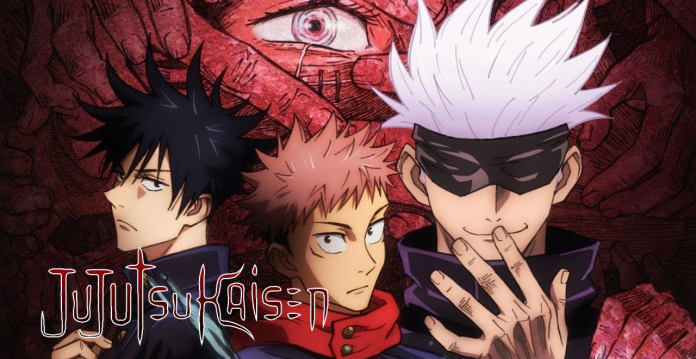 The 1st season of Jujutsu Kaisen came out in the Fall 2020 anime season, but I just got finally time to watch it after I saw Jujutsu Kaisen 0 in the cinemas. While it’s not as spectacular as the movie, Jujutsu Kaisen stands on its own very well and is definitely an outstanding anime worthy of being one of the best anime to come out of 2020.

Jujutsu Kaisen is from the well-known and loved studio MAPPA which is known for other masterpieces like Attack on Titan, Banana Fish, and the upcoming Chainsaw Man.

We follow the story of Itadori, a pretty “normal” guy with some over the top power and speed that he has for no real reason, after eating a finger to protect one of his newfound friends he is turned into the vessel of one of the most dangerous curses Sukuna.

During the anime, we learn more about Itadori and the forces he faces, something that doesn’t always end well… Everyone feels unique and the powers they have are unlike any other basic power we usually see, other than Itadori’s super strength. We got a girl who shoots nails with a hammer, someone who claps and switches places, a guy who has some animals helping him out and so much more.

There is this perfect dynamic between Itadori and Todo, I really want a slice of life spin-off with those two, it would just be perfect to see how their relationship evolves and what Todo can teach Itadori, because Gojou isn’t the most reliable at times…

While the rest of the story is good, it does have its rough patches where it’s pretty boring, especially around the middle of the anime where nothing important really happens other than some teaching moments after the main 3 get separated for a bit to train. During this time some of the characters from Jujutsu Kaisen 0 come back and help the 1st year students train, and I do love that big panda so that for sure is one of the highlights to look forward to.

Visually the anime feels fine, there really isn’t anything that special, especially with the characters. Personally, I would have liked to see some more unique characters like the panda or the mecha robot that was controlled by a curse user with some unlucky past.

Somewhere around episode 18, there is a slight shift in color and animation that was a nice twist, when a veil is activated on an area the whole one shifts and everything becomes a lot more serious and you just know stuff is about to go down.

While Jujutsu Kaisen is for sure a masterpiece, it does feel a bit overhyped for what it is, some of the main characters felt unexplored and everything felt like it didn't really have a goal currently. The highlight is the characters and how they build on each other + some of the comedy hit just right without it feeling out of place.Jujutsu Kaisen review