Sydsnap if she finally did some good cosplays? 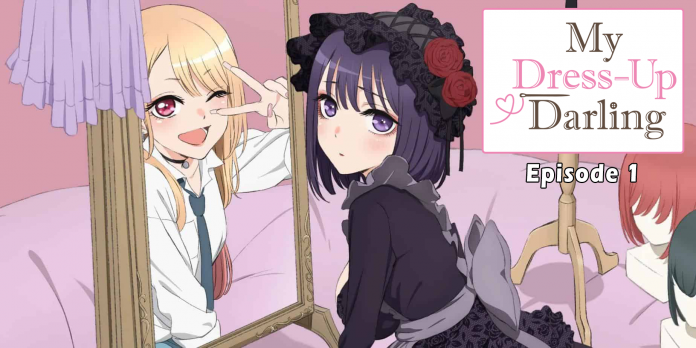 Wakana the main character is inspired by his grandpa and his Hina dolls creations and wants to make them himself as well. White making the dolls themself are still his learning point, creating the clothes is something he is great at. These skills can be useful for making cosplays as well.

Our main character doesn’t have any friends, he never had. But this seems to change when a girl literary comes flying over to him had first. It’s Sydsnap! uhhh I mean Kitagawa.

A few days after their first interaction they run into each other again, but Wakana is in shock because he is in the sewing room making an outfit for his Hina doll. Kitagawa catches him in the act and Wakana thinks it’s the end for him. To his surprise, she thinks it’s awesome that he knows how to use the sewing machine.

As it turns out, Kitagawa is terrible at making clothes and Wakana feels terrible for insulting her badly made cosplay. She begs him to help her make cosplay and they team up to do it.

While the anime is super basic, it looks really crips and calming, no extreme things that keep popping up all the time and it just feels a bit realistic in some ways. I guess it does include some “minor” lewdness that does totally catches the eye when it happens.

The opening of the anime with its visuals looks great, it’s not as “impactful” or visually impressive as others, but it still manages to grab you with a bunch of different things and even gives a small look into what you can expect of My Dress-Up Darling this season.

This anime is unexpectedly good, knowing Cloverworks is a hit or miss with a lot of anime, I had low expectations seeing them release 3 different anime this season, but this is for sure going to be one of the best we can get. While the setting and art style is a bit boring, it also feels real and calming in some way, there is nothing over the top about the whole anime, it's just a cosplayer and a guy who makes doll dresses.My Dress-Up Darling Episode 1 Review