A nice fill to the 2-year gap 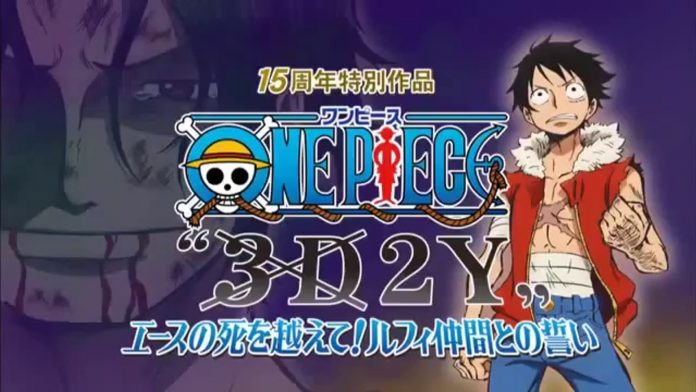 One Piece: 3D2Y fills up the 2-year time jump gap where Luffy and his friends go to train to become better pirates. Animated by Toei Animation. Enjoy our One Piece: 3D2Y Review!

During Luffy’s 2 year training he, of course, gets into some trouble, because it’s Luffy. But this time it’s not really him that caused it… or is it? Because during the Impel Down Arc, some prisoners from security level 6 (the highest level) have escaped. With these prisoners was Byrnndi World, a devil fruit user who can make anything 10 times bigger and faster.

So Byrnndi World has a grudge against the world government after he got frozen in ice and wants to take revenge. Because of this, the 7 Warlords are called upon for help. Byrnndi’s Brother intercepts one of the letters and knows about this, so instead of going after the marines, he goes after the closest warlord. The closest warlord is Boa Hancock.

Instead of coming across Boa, World finds her sisters instead, who are bringing some food to Luffy, who is training on a nearby island. He kidnaps the sisters and tells Boa to come after him. Luffy got beaten down and wants some relevance as well after getting destroyed by him.

I don’t wanna tell more about the story, because it would get pretty spoiler-heavy, but other than the bits focused on Byrnndi World, it’s really good. World is a really hateable character, he is just so annoying in an evil way, it’s just a bad villain that doesn’t have any positives about him other than his crew and him being beat to a pulp by Luffy who finally masters his haki.

There are a lot of other characters in the special episode like Buggy, Perone, and Mihawk. They don’t do much, well, basically nothing other than help out with 1 small thing on different occasions. But it was still a nice inclusion.

Most characters look exactly like we saw them before the time skip, except Luffy. Luffy has more like how he looks like after the time skip. He has his signature X scar on his chest and his red jacket. I really loved how his jacket looked in the special, in every saga, Luffy has a different jacket, but in specials, he sometimes also wears something new, just like now. He has this nice hood with a wool rim as well, I don’t know why, but it really suits him.

The art style of the special is just like the normal anime, there is not really anything special other than some of the things in the ship of World. So one of his crewmembers has this Minecraft devil fruit power that lets him build stuff with blocks. So he made their ship with these blocks and the inside looks a bit more 3D/CGI and blocklike.

Sound is something One Piece is amazing in, they have cool effects for every move they do and some epic battle music. This also has crossed over from the anime to this special. They didn’t really add anything new that is noticeable, but the basic sound is just so good, that it doesn’t really matter that much.

While I do love almost all of One Piece and even most of its filler, I kinda got bored while watching this and the main antagonist of this special episode was just so hateable and really dragged down the quality of the episode. While it does include a lot of other characters like Buggy and Perona, it feels like some fan service because otherwise there was not much there.One Piece: 3D2Y Review