The adventures of a father and daughter in an underground world 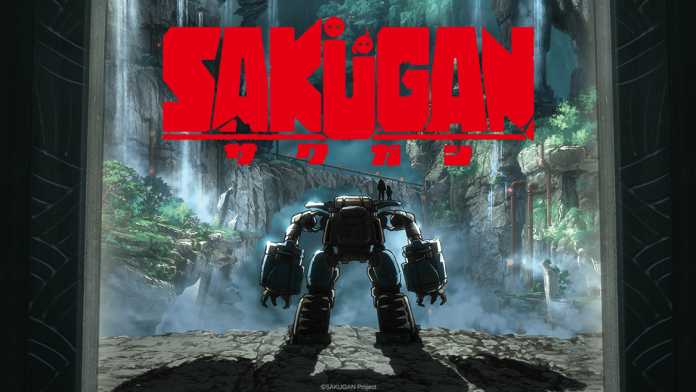 Sakugan is a fall 2021 Mecha anime that focuses on the bond between father and daughter. Animated by Satelight and licensed by Crunchyroll. enjoy our Sakugan Review!

The anime is set in some dystopian future (or maybe past or present?) where all the cities are underground, we don’t really get a lot of backstories and kinda just get dropped into this strange but unique world. The focus of the anime is on Memenpu and her dad Gagumber, a daughter with a dream and a father trying to guide her in the right direction (while doing some stuff that gets them in trouble).

Along the way, they meet some friends that come on their journey to go to some tower that Memenpu keeps seeing in her dreams, but the closer she gets the more the dream starts turning into a nightmare where Gagumber dies. This scares Memenpu and she tries to push her dad away, but of course, him being her father, he is not going to just give up.

The relation between Memenpu and Gagumber is for me the main reason to tune into the anime, its just so funny to see sometimes how they bicker with each other and how it can lead them into the most stupid places, like on the run from mobsters or “kidnapping” a princess. Everything just seems to come to fall into their lap and it’s just great to see.

There doesn’t really feel like they have a main force going against them early on. In the beginning, there are these weird massive dragon/dino-type monsters attacking them, but that kinda gets forgotten about after the first 2 episodes. There are more smaller things they focus on, until the last three episodes at least

Nearing the end of the show we get introduced to some group that goes to cities bombing their main towers and killing “rainbow children”. Not much is really being told about it, but seeing how the anime ended, I would assume this will be the main focus of the second season. Honestly, I’m all for it, because it does feel really strange to end it with so many questions. The last episode was not really an ending, but more an ending to an intro.

The final episode was really open-ended and we had so many plot twists and turns that I didn’t see coming. But it did leave us with more questions than answers. I really hope we will get a season 2, but it would need to focus more on some type of power they fight against, because most episodes felt like 2 episode filler arcs of one piece most of the time, not that that is a bad thing, but i did really miss that something like that early on.

The setting makes the art look really unique, I personally have never seen any kind of mecha anime before, nor an anime that fully takes place underground. But with the dark aesthetic they seem to make it feel so light and bright when needed and dark and grim on moments when they are in trouble.

The soundtrack is just amazing. Every episode just starts with a blast and just like many shows this season, the opening theme is so good that this is another one I don’t really skip most of the time. it’s really upbeat and I even kinda want it on my Spotify playlist, its just that good!

While I did love the anime a lot, I felt like it lacked in a lot of things like an actual drive going against them that tied everything together. The story between Memenpu and Gagumber is something that melts my heart while smiling throughout watching the whole anime, their interactions are a lot like a rivalry that nobody wants to win but they still compete.Sakugan Review