Takt Op. Destiny is one of the must-watch anime if you are into music anime 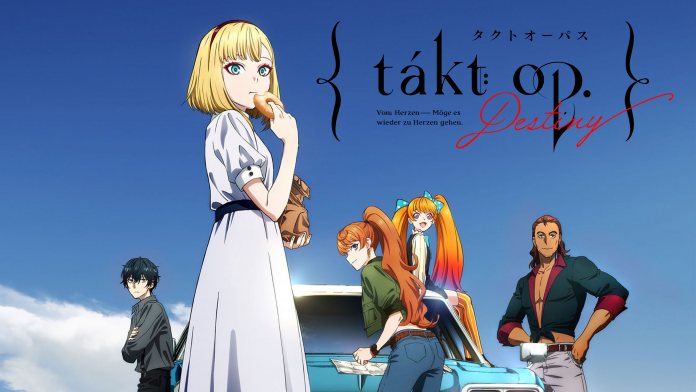 Another major hit this Fall 2021 season is Takt Op. Destiny, The Prequel to an upcoming game. Takt Op. Destiny is action/music anime with a lot of story. animated by MAPPA and Madhouse.

Takt Op. Destiny is about Takt, Destiny, and Anna who try to get to New York. Sounds simple right? well no. In the world of Takt Op., half of the world is filled with monsters called D2’s, not much is known about them or is being told about them, other than that they are drawn to music.

The D2’s play some part in its story but they feel more like a side enemy and kinda get swept under the rug. They invaded the whole country but they are not the main force they are battling against? The main force is a bit of a spoiler so I won’t talk about it too much, but it just felt weird because they build it up as some major thing, only for the characters to get disappointed. Because this is a major part of the story I won’t talk too much about the story.

The characters in the anime are amazing, they have so much development and so much backstory to almost all of them. Because the anime is more of a selling tool for the new game coming out I don’t know if I should expect a second season or if the game is going to be starting off where the anime left off. But there is just so much more to explore with a ton of the characters and even in the final episode, it showed a bunch more musicarts that have not been mentioned or seen in the anime at any point before.

Because the anime randomly cuts off without knowing how the main characters ended up, it left me pretty disappointed after watching it every week for 12 weeks. After all the stuff we saw and the development of the musicart Corsette, it just left a bad taste not knowing if anything is gonna even continue. But for the other characters that we do kinda know what happened to them, like Titan, it would be cool to see some spinoff shows/seasons focused on them. There is just so much unexplored story here, that this show would be perfect for multiple sequels.

The music of the anime is really amazing, being an anime focused on music and restoring the world so everyone can listen to it again, they did an amazing job with the use of existing classical pieces and fully new ones. All the battles just have this epic music that leaves you on the edge of your seat.

All the musicarts in the show have this epic look to them. When they jump into battle they get these cool new looks to them and don’t look like a normal girl anymore, at least, this was the case for the main character. All the other musicarts still looked cool, but they always had the same look. But those looks were still really unique and unlike normal people.

Share
Facebook
Twitter
Pinterest
WhatsApp
Previous article
The Fruit of Evolution: Before I Knew It, My Life Had It Made Review
Next article
The World’s Finest Assassin Gets Reincarnated in Another World as an Aristocrat Review

Takt Op. Destiny is one of my favorite anime's this fall season. Not only was the story super entertaining, it just kept making me want more. Sadly the ending of the season felt a bit strange, rushed, and disappointing due to how open it was and the knowledge of it being a marketing tool for its upcoming game.Takt Op. Destiny Review