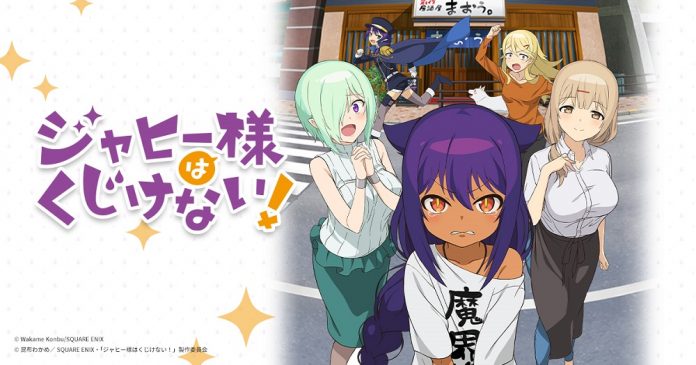 The Fall 2021 season is coming to a close and one of the best shows this season will be ending its 1st season as well. The Great Jahy Will Not Be Defeated! is a Comedy and Slice of life anime adaptation of the manga by the same name. Animated by Silver Link and published by Square Enix. Episode 1 is currently free to watch on youtube.

This anime is about Jahy who was the commander of the dark lord but got unlucky when a Magical Girl destroyed the big mana crystal and destroyed the dark realm. Jahy got transported to earth and starts to go on a search for mana crystals to recover the dark realm. Of course, this is just not going to work out as planned but instead, Jahy finds friends to help her in her search and support her on her quest.

The story is filled with twists and turns and characters are being introduced till the semi-final episode of the series that totally shift the focus of the story from 1 thing to the next pretty seamlessly. The biggest plot twist might even be that the more Jahy spends on earth the more she starts to care about humans and the praise she gets from them when she does something good.

Character development on this anime is easy to see and it’s just so good. You see some characters evolve so much in the little time we see them while still making them feel like they are such a massive part of the world, even the characters that get introduced in the last few episodes.

Jahy has so much growth in the anime, she really drives on being the best and putting other people down, but the more friends and experience she gets on earth the more she melts into this funny little kid that has no idea how the world work while trying to figure out new things each day. Almost every episode you see her grow and become more and more fun to watch while more and more people praise her as well.

The longer the anime goes on, the less it starts to focus on collecting the mana stones and even her enemies become her friends. Her friends really give a lot of color to the show, there are so many of them but they don’t feel rushed at all, but this is mainly because the show is 20 episodes instead of the regular 12 you usually see. They give enough time to let the other characters not really grow but more helping Jahy grow.

The artwork of the anime just looks amazing, every episode is colorful and bright and full of life. The characters all have a distinctive look that I’ve not really seen before. Usually, when I watch anime, I feel like characters look like a character from a different show. But with almost every character in this show they feel unique and new with just some small traits of other established concepts like the Magical Girl stuff.

The soundtrack of the anime is just amazing, usually, I just skip the introductions of anime after the 1st time I’ve seen/heard them, but this was just so upbeat and fun to listen to that it didn’t even cross my mind to skip it. The sound of the whole anime just fits perfectly and it really shows Square Enix’s input due to their amazing Video Game music that they have as well.