What even is a sage? 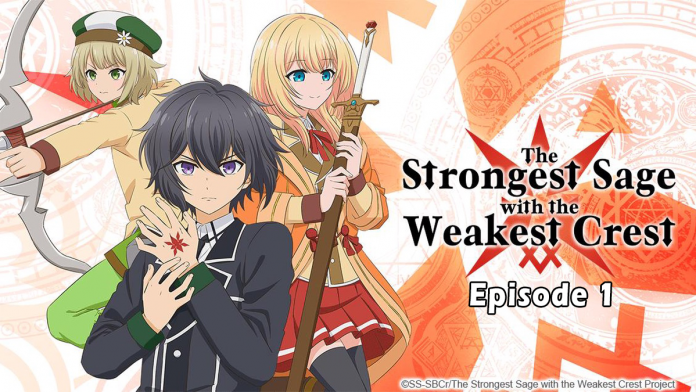 Is rebirth the same as isekaid? Because if it is, we got another isekai on our hands, but either way, this anime feels a lot like one with its overpowered main character Matty. He has the worst “crest” in the world but still is super overpowered for some reason. Because of the crest, everyone thinks he is weak. He is so strong that he can cast magic without saying the spell and even do some sick enchants on weapons.

Matty is enlisting in some school to get even powerful, but on his way, he already meets 2 new friends that he helps out by enchanting a new sword for one of the friends, who he has a crush on. At the school, everyone finds out how powerful he is after blowing up a shooting range and defeating a captain in a sword battle.

After being called into the office of the boss of the school, he finds out that casting spells without saying anything is lost to history, and he gets tasks to teach others. But to be able to do that he needs to prove to another school that wordless casting of spells are better.

I’m a bit confused about the art style so far. While it does look great, it’s super basic, but that’s not the confusing part. While they seem to be in some fantasy world, it does have some type of modern vibe to it due to the people wearing suits and the students wearing some more traditional Japanese school clothing like suits and skirts.

As it turns out, demons (like most of the time) are against humans. There are demons that are among the humans to eradicate wordless casts and make them as weak as possible. During his battle, he finds this out when his opponent doesn’t say anything when he casts something.

While I went in really skeptical and uninterested, by the end of the episode I just wanted even more. This 1st episode did great explaining the world and its problems. The characters they have set up all seem pretty interesting and I just wanna know more about its world and where this story is going.The Strongest Sage With the Weakest Crest Episode 1 Review