DEX.ANIMEYour Source For Anime!
HomeReviewsThe World's Finest Assassin Gets Reincarnated in Another World as an Aristocrat...
ReviewsSeason Review

From Redo Of Healer, to assassin isekai. 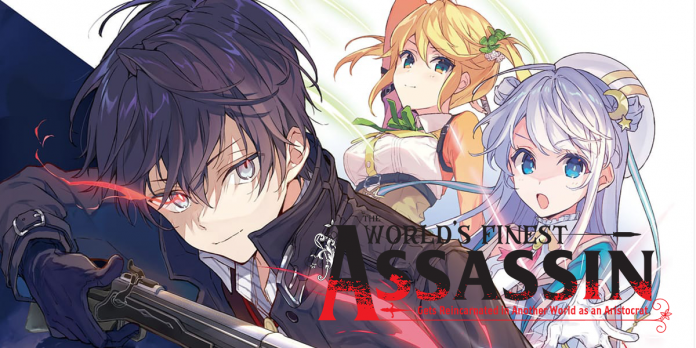 One of the unexpected hits this Fall 2021 season is for sure The World’s Finest Assassin Gets Reincarnated in Another World as an Aristocrat and it might even be my favorite this year. Originally a light novel written by the same writer as the notorious Redo Of Healer, animated by Silver Link and Studio Palette, licensed by Crunchyroll and Muse Communication.

Going into The World’s Finest Assassin Gets Reincarnated in Another World as an Aristocrat I expected a lot of lewdness based on the writer’s previous works like Redo of Healer, but to my surprise, the anime is one of the least lewd anime’s I’ve seen in a while. Sure, it has some Harem-type story and has a few things that had me lookup like the boner bit, but most of the story is actually pretty PG.

The best assassin in the world is close to retiring, think that is that easy for someone that good at their job and with that many government secrets? of course not, so he gets killed on a plane with no way to escape and gets isekaid by a god that needs someone to kill “The Hero” in a different world.

The “god” reincarnates the assassin into a new world, but he kept his memories and could pick out a skill set to reach his goal, but there is 1 condition. He has to kill the hero before he turns 18. So because he knows all the stuff from his old life, his childhood is great and he only learns more stuff because he gets born into a family of assassins. He even brings some tools from the real world into theirs to gain an upper hand in his life.

All this cool stuff is happening and in the meantime, he is also building some assassin harem and teaches girls with high mana the skills he knows so he can use them. There are about 3 main girls that help him along the way, but it doesn’t really feel forced like The Fruit of Evolution: Before I Knew It, My Life Had It Made but it’s way more like it pushes the story along.

The only downside of the story is its open ending and the final battle being a bit short, but I guess that’s the life of an overpowered main character. While the ending battle did have a nice buildup, it just felt short-lived and the guy didn’t even show up nor was seen before the final episode. How the anime has ended I do expect to see an 2nd season, especially what the after-credit scene showed.

While the MC doesn’t really evolve much other than that he learns magic, the side characters do have a lot of development and one of them even has a full episode dedicated to her backstory. The anime is only 12 episodes, but with how much they have put into it, it really felt more like I have seen about 20 episodes. Every episode just felt like it was so long, in a good way.

I really love the style of the anime, but it does kinda feel like any other anime, but the mix between the isekai world and the stuff he creates with magic from the real world really makes the art a lot cooler. Every character really stands out among the “basic” characters and every character has its own style that feels different from the other, the girls in the show don’t feel like some copy paste but they feel like they are unique.

from its story and characters being amazing, the only thing I noticed that felt less good was the sound, the opening is a nice one, but it’s a little bit forgettable and I even had to relisten to it while writing the review, because I completely forgot about it already. While the opening is great, the ending theme doesn’t really fit its story, sometimes when an episode ends I want a hyped-up ending song, not some slow song.