Some of the best anime movies for you movie night! 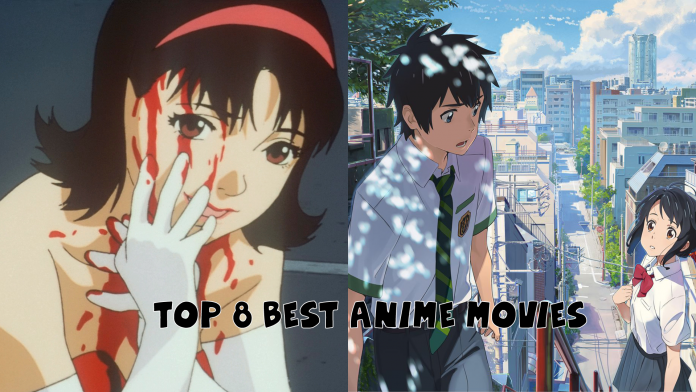 Today we will take a look at the 8 best-rated anime movies ever made. This list is based on the numbers provided by My Anime List and does not include sequels or movies that you need to have some pre-knowledge from its anime.

One of the members of a popular idol group is leaving the group to become an actress. to get a new image she decides to do a crime drama, but her fans are not happy with it and start stalking her. After a website starts impersonating her, she becomes unable to see what is real and what is fantasy.

7. I Want To Eat Your Pancreas

This 2018 movie is about Sakura Yamauchi, she has a pancreas disease that limits her time left, but nobody other than her family knows about it. She takes a liking to “the number 1 boring person in the school” and becomes his friend, together they go through her final days she has left.

Hana meets a mystery man in college and they decide to start a family, but when the kids are finally born there is something wrong, the kids can turn into wolves. After the sudden death of the mystery man, Hana is left all on her own to raise and care for the Wolf Children and overcomes challenges to keep their gift a secret from the world.

Sophie gets cursed and turned into an old woman by the Witch of the Waste and needs to go on an adventure to break the curse and turn herself back into a teen. She finds new friends and foes while traveling in Howl’s Moving Castle with Howl’s apprentice.

The balance between all living beings and the gods has started to fall apart. During the travels of Ashitaka, he gets infected and a journey starts to find a cure from the god Shishigami. But in the meantime, he finds that humans are destroying everything around them, so Moro and Ashitaka start to find a way to bring peace to the world.

In the highest-rated Studio Ghibli movie on this list, Chihiro and her parents end up at an amusement park, but nothing is what it seems and the park is abandoned and habited by some strange beings. Her parents get taken and she has to work to get them back.

The award-winning anime Your Name is about Mitsuha Miyamizu, she wishes to be a city boy in Tokyo for her next life. This partially comes true, but not in the way she expected. one day, she wakes up in the body of Taki Tachibana, a city boy from Tokyo, while Taki finds himself in Mitsuha’s body. Every time they dream, they switch places, so there is only 1 answer to find out what is going on. They need to find each other.

In A Silent Voice, we follow Shouya who used to bully a new girl in his class, Shouko, but there is 1 thing that sets her apart from normal people, she is deaf. When Shouko transfers schools due to the bullying, Shouya gets blamed for it and becomes the most hated guy in his school and even the teachers turn against him. Years later he is still haunted by his past and during his 3rd year, he wants to make it right and tries to seek out Shouko.

Those were the Top 8 Best-Rated Anime Movies! Want some more lists of stuff to watch? Check out these 5 reverse isekai animes. Let us know what you think about these anime movies in the comments below.